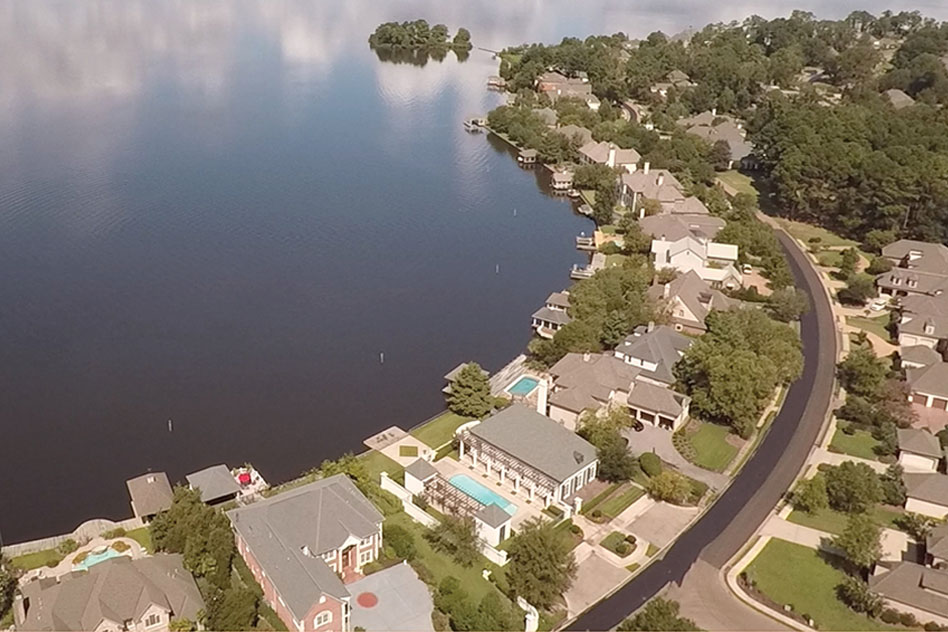 The Rankin County, Mississippi, Road Department won both the 2019 Asphalt Emulsion Manufacturers Association (AEMA) Past President’s Award and the 2019 International Slurry Surfacing Association (ISSA) Pavement Preservation Excellence Award for their 2018 Pavement Preservation Program which included the application of various treatments on over 100 miles within their roadway network.

A little over two years ago, Rankin County recognized the need to take a more proactive approach to treating their roadways that would also make sense economically. Their goal was to be able to stretch their road dollars to treat more miles per year by using the right treatments on the right roads at the right time. 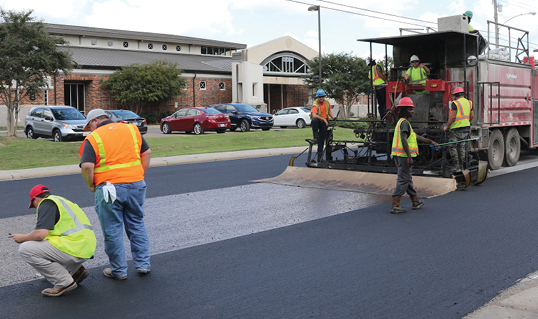 Members of the Road Department, including Road Manager Mike Harrison, attended seminars hosted by Ergon Asphalt & Emulsions (EA&E) and Etnyre and some national conferences to learn about the benefits and best practices of various pavement preservation techniques. From there, Mike, with the approval of the Rankin County Board of Supervisors, decided to move beyond the hot mix and conventional chip seals that had long been the typical go-to solutions for the county and test fog seals. They treated more than 30 miles of chip sealed surfaces throughout the county and, pleased with results, officially made fog sealing following chip seal applications part of their maintenance programs moving forward (when needed).

“The fog seals helped lock down our rocks better so that they weren’t hitting cars,” said Mike. “A plus was that it also gave the roads a nice, darker appearance and made the striping stand out better.”

Branching Out and Exploring New Treatments

Pleased with the success of fog seals, the county decided it was time to try another treatment — micro surfacing. They performed a few demo projects in 2017, including a micro surfacing application on eight miles of LeBourgeois Estates subdivision, and were pleased with the outcome. Following the successful demo, the treatment officially joined fog seals as part of a new pavement preservation era for the county. And with micro, they found they were spending significantly less money per project than with hot mix applications. For the county, it was not about downplaying hot mix, but understanding there were other, less costly options for specific distresses.

In the spirit of trying new things, Harrison also decided to try polymer modified chip seal on a few roads to determine its benefits over the conventional chip seal emulsion that had been used for quite some time. “It just seemed to hold up a lot better,” said Mike. The county has since switched to polymer modified emulsion for all of their chip seal projects. 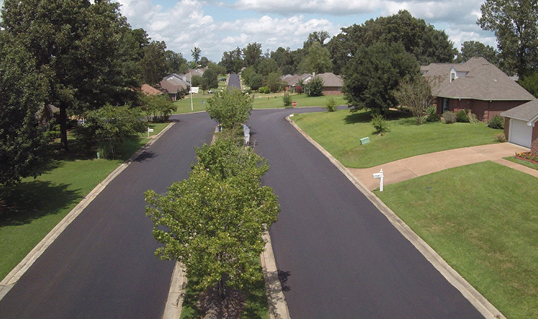 “We are taking a more economical approach to enhancing our roads in order to be able to add more miles in our budget without having to sacrifice quality,” said Steve Gaines, Rankin County Road Supervisor, District 4. “In fact, implementing these new products on the right roads has resulted in even better quality than we had before, and feedback we have received from the community post applications has been great.”

Treatments chosen as part of the county’s preservation program included chip seals (single and double), scrub seals, micro surfacing and cape seals, which were applied in the county for the first time during the 2018 program year. “In just two years, they’ve gone from using only chip seals and hot mix, to strategically using almost every pavement preservation tool in the toolbox,” said Amy Walker, EA&E Area Sales Manager and point person for Rankin County. EA&E was selected as the emulsion supplier for these applications, TL Wallace was the micro surfacing contractor, and Rankin County applied all chip and scrub seals in house.

In addition to the 55 miles of stand-alone chip seals (single and double) and the 31 miles of stand-alone micro surfacing, the county applied 12 miles of cape seal combination treatments on curb and gutter roadways in two subdivisions (six miles in Live Oaks and six miles in Barnett Bend) and two miles of a high-performance cape seal on Old Brandon Road, a high-traffic roadway in the center of downtown Pearl — the largest city in Rankin County.

The Live Oaks cape seal applications included polymer modified chip seal and conventional micro surfacing while roads in Barnett Bend, with cracks too numerous for a typical chip seal to address, were treated with a cape seal that included a rejuvenating scrub seal and conventional micro surfacing. The scrub broom was necessary there in order to force emulsion deeper into the more widespread cracks.

Old Brandon Road in downtown Pearl was a prime candidate for the high-performance cape seal including rejuvenating scrub seal (eScrub) and high-polymer micro surfacing (eFlex), as the heavily trafficked area would require an even more durable surface than conventional treatments could provide.

“When it comes to maintaining our roads, it’s always our goal to utilize practices that allow us to extend our budget and make the most effective use of taxpayer dollars,” Mike added. “Learning about and applying the right preservation and maintenance treatments actually resulted in us having more money to spend in other areas. This was a learning curve for us, and we are still learning, but we will keep pushing forward knowing we have a winning strategy with the pavement preservation and maintenance concept.” 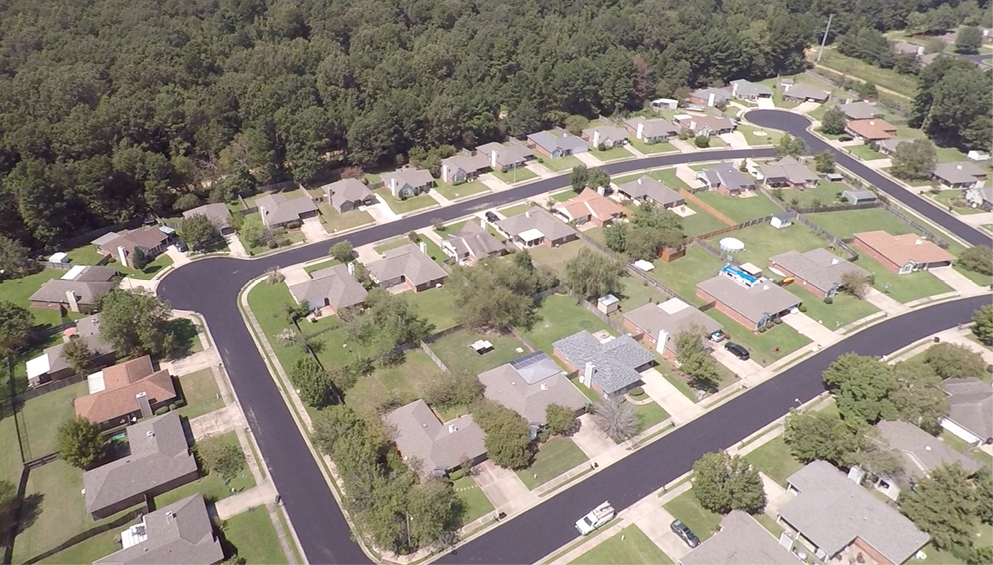 The county noted that using these various treatments at the right time on the right road did in fact result in them being able to treat more miles than in previous years. Having a plan for what they would do also helped them better communicate with homeowners on the front end about everything that would be taking place, which soothed potential tensions throughout the life of the projects.

Homeowners were pleased with the treated roads and were appreciative of the county’s efforts to keep them informed of applications to take place in their respective areas.

Edwin Sallis, Secretary-Treasurer of the Palisades Homeowner’s Association said, “Palisades community appreciates Rankin County’s dedication to ensuring well-maintained roads in a timely manner, and we are pleased with the maintenance work performed on roads in our subdivision. They are smooth and they have a nice appearance, which increases the value of the homes in the area. Rankin County did an excellent job informing us of the details of the project to take place, the expected time frame of the project and how homeowners would be impacted. A plus was that the micro surfacing applications provided minimal inconvenience because traffic was allowed back on the treated sections soon after application.”

Mapping Out a Plan

Appeasing stakeholders and ensuring full transparency was a major impetus for the county’s development of a pavement management plan, which included the logging and assessing of current roadway conditions in order to help make proper judgment calls regarding roads next in line for certain recommended treatments based on solid evidence.

As part of their management plan, the 2018 treatments have been logged and performance will be monitored, along with other roads scheduled for treatment. The plan will serve as an ongoing formula for improving the county’s road network while also serving as a testament to the benefit of pavement preservation treatments.

“I’m really proud that our willingness to try new products and strategies to improve our roads has paid off and has been recognized by the AEMA and ISSA organizations,” said Mike. “We look forward to continuing with our new strategy, learning about new products and processes, and keeping taxpayers happy with how their money is being spent and the quality of their roads.”