Background: When the International Slurry Surfacing Association (ISSA) announced that they had created a new award in early 2020 for Preservation Performance, Mark Ishee, Ergon Asphalt & Emulsions Vice President – Pavement Preservation, immediately knew he had to nominate the Mississippi Department of Transportation (MDOT) and Vance Brothers for a micro surfacing job done in Tunica County, Mississippi, almost 15 years ago. We are pleased to announce that they were winners! 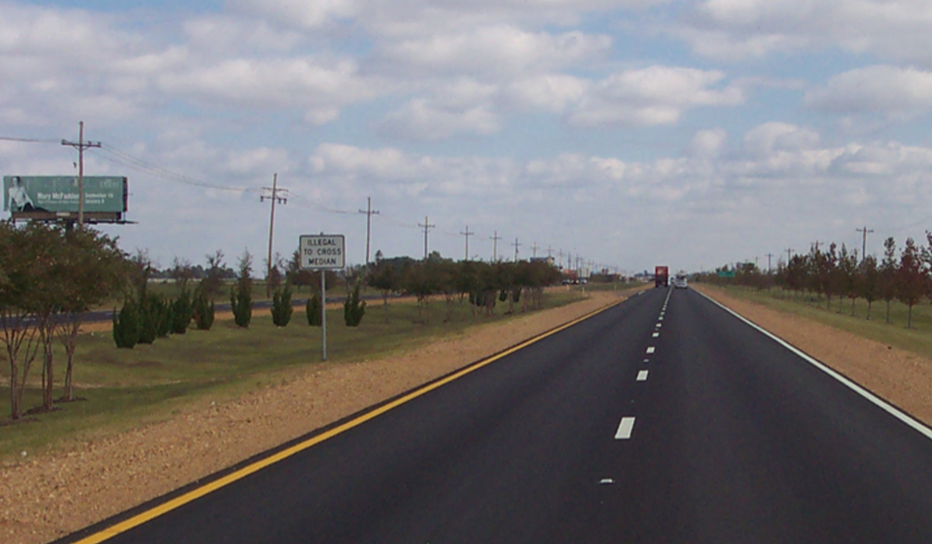 In 2005, MDOT District 2 chose micro surfacing to treat 12 miles of Highway 61 in Tunica County, a multi-lane divided highway leading from the city limits of Tunica north to the DeSoto County line. At the time, Tunica was one of the nation’s largest gambling meccas, behind only Las Vegas and Atlantic City. MDOT wanted to reprofile the highway, adding a durable wearing course designed for life extension and condition-improving benefits. The project called for treating driving lanes only. Traffic counts at the time of the project were high volume, exceeding 13,000 vehicles per day. The existing pavement was dense graded hot mix with oxidation, light raveling, minor rutting and cracking.

Application Highlights: Goals of this $1.1 million project included extending pavement life 6-8 years and protecting already oxidized pavement from further oxidation and raveling. Micro surfacing materials were applied in two thin lifts to driving lanes only, with 25 pounds of dry rock per square yard in the first lift and 20 pounds per square yard in the second. The CSS-1HP emulsion (204,500 gallons) was provided by Ergon A&E’s Vicksburg, Mississippi, plant, and applied at 11.0% +/- 1.0%. Paragon Technical Services had a mix design engineer on site who reported that the optimum emulsion content was on the lower side of the specified range for the initial lift, in order to address rutting observed on the roadway. The emulsion content on the final lift was at optimum. Vulcan’s Black 11s aggregate, which passed the Mississippi Type V aggregate specification, was supplied by Vulcan Materials Company in Grand Rivers, Kentucky. 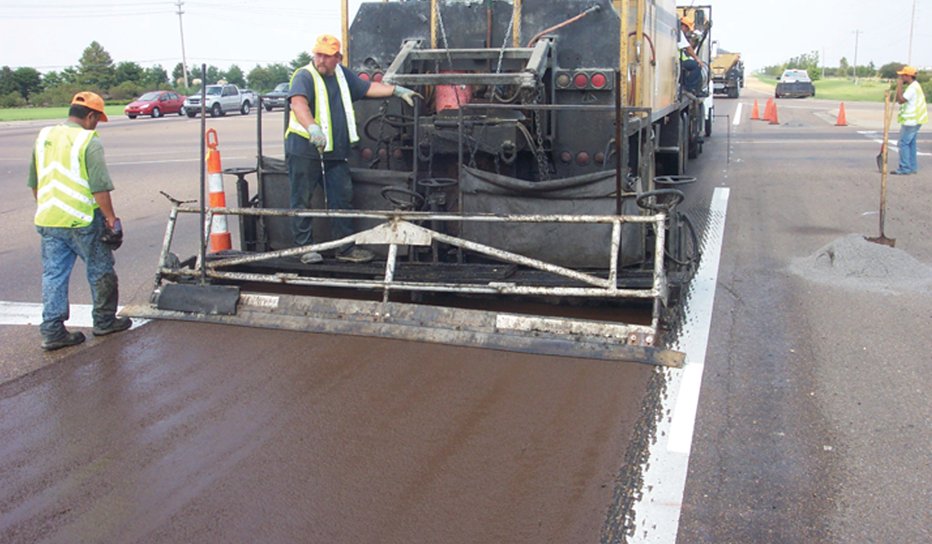 Every job has its challenges, and this one was no exception as Hurricane Katrina made landfall on the coast of Mississippi a couple of weeks after construction got underway. Although the Delta did not suffer the devastation experienced on the Coast, the job was shut down for several days due to weather. Traffic increased as people evacuated southern Mississippi and Louisiana. The hotel where Vance Brothers was boarding their crew even tried to force them to leave, so they could charge higher rates to Katrina evacuees.

Results: We are proud to report that this project has extended the service life of the pavement well beyond expectations – almost double the expected life – and provided a durable wearing surface with a friction value well above acceptable limits. No additional work has been performed on this roadway since 2005. 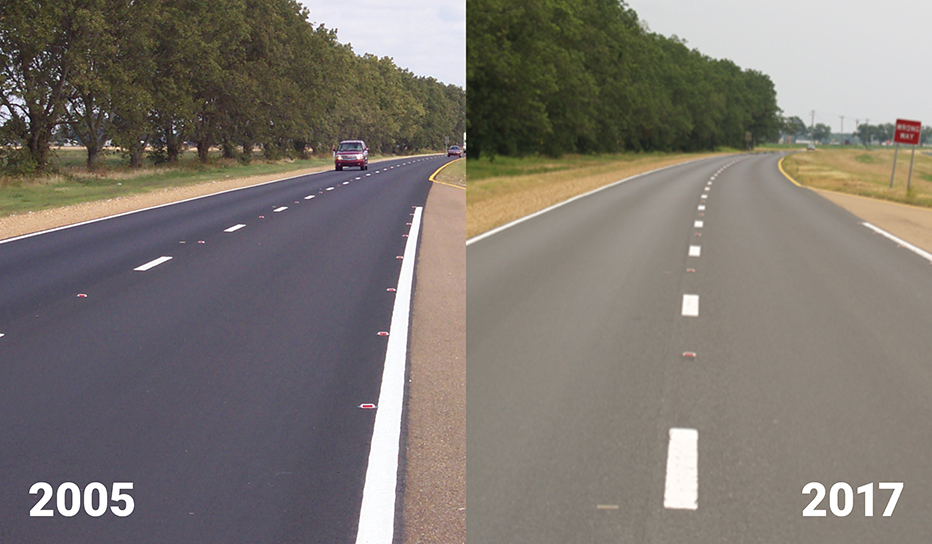 Cost Savings: By treating Hwy 61 (the right pavement) with the right treatment at the right time, MDOT not only improved the performance and extended the life of the roadway, but they have been able to repurpose millions of dollars that would have been required for reconstruction had this treatment not performed so well.

The annualized cost of this project, completed almost 15 years ago, comes to $1,637 per lane mile, or 24 cents per square yard. Any way you look at it, that’s money well spent.

“This 132-mile section of four-lane highway having a treatment on it that has lasted almost 15 years has allowed MDOT to reallocate that $3 or $4 million that we would typically spend on a mill and fill or something comparable, times 2 or 3, so it’s been well worth it,” said Mitch Turner, MDOT District Engineer. “In my opinion, micro surfacing should be in our toolbox.”