I-10 in Ozona, Texas (Crockett County)

I-10 in Ozona, Texas, has a posted speed limit of 80 mph and an average daily traffic count of 11,000, with heavy truck traffic making up approximately 40% of this count. For safety reasons, the Texas Department of Transportation (TxDOT) works to ensure that friction on this interstate and similar roadways is always the best that it can be.

There are many products available that yield the improved friction results TxDOT requires for their roadways; however, the agency needed a treatment that would provide exceptional friction numbers long term, with a budget-friendly benefit that would allow for more miles to be treated.

“I was surprised to see that a section of I-10 with 10-year-old micro surfacing resulted in the best friction numbers. These results helped our district make the decision to go with micro surfacing to help improve friction on another section of I-10 in Crockett County.” – Lewis Nowlin, P.E., former Area Engineer, TxDOT, San Angelo District, Junction Area Office 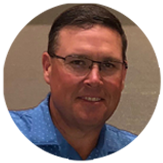 “When you’re looking to increase friction, the main product that’s going to get you the numbers you need is micro surfacing”-  Cody Chambliss, EAE Area Sales Manager – Texas

“Since it had been 10 years since our last micro surfacing project, I was unaware of all the changes to the design and specifications. The training offered was crucial in ensuring a successful project.”  - Lewis Nowlin, P.E.

High friction (or skid resistance) allows vehicles to move at accelerated speeds while reducing the tendency for slipping and sliding of tires along pavement, thereby decreasing the risk of skid-related accidents. When checking friction numbers within their road network, TxDOT reps found that a 10-year-old micro surfacing treatment produced the best results, which led them to reconsider its use.

“We checked friction numbers on many roadway surfaces including various seal coats (chip seals), hot mixes, LRA (limestone rock asphalt) and micro surfaced roads,” said Lewis Nowlin, P.E., former Area Engineer, TxDOT, San Angelo District, Junction Area Office. “I was surprised to see that a section of I-10 with 10-year-old micro surfacing resulted in the best friction numbers. These results helped our district make the decision to go with micro surfacing to help improve friction on another section of I-10 in Crockett County.”

Micro surfacing treatments provide long-term results including a durable and high-friction surface that allows roads to withstand damage from heavy traffic loads as well as extreme weather, which helps to reduce the likelihood of vehicles skidding at accelerated speeds and/or hydroplaning. “When you’re looking to increase friction, the main product that’s going to get you the numbers you need is micro surfacing,” said Cody Chambliss, EAE Area Sales Manager – Texas.

Typically, treatments such as an ultra thin lift overlay (UTLO) would be used to fix wear and tear and strengthen high-speed roads. This is certainly an exceptional tool to have in your toolbox if your budget allows for continual use of such an application; however, micro surfacing can yield greater long-term friction results throughout its service life than UTLO, and at a lower cost. On average, a UTLO is $6.50 per square yard. That’s almost double the cost of micro surfacing. The sheer volume of miles in need of improved friction numbers within TxDOT’s network called for a more conducive and economical solution.

TxDOT had used micro surfacing in years past, but with the normal personnel changes in the department, its use began to dwindle. Opportunities for newcomers to learn more about its specific benefits for roads in their network had not been fully realized. “Since it had been 10 years since our last micro surfacing project, I was unaware of all the changes to the design and specifications,” Nowlin added.

Evaluation of surface friction across their network convinced TxDOT that they should give micro surfacing another try. Once the I-10 project was let and awarded, Ergon Asphalt & Emulsions (EAE) proposed a session in which the contractor, Intermountain Slurry Seal, would conduct design, application and inspection training to help TxDOT become better acquainted with best practices for successful micro surfacing treatments. EAE was on hand to provide input and support during the session.

“The training offered was crucial in ensuring a successful project,” said Nowlin. Upon completion of training, TxDOT was ready to move forward with the I-10 micro surfacing project, which was perfect for micro surfacing because of the high-speed traffic in the area.

It was also decided that a fog seal would be applied on shoulders along I-10, which would restore essential properties to the asphalt on these sections that were lost over time due to exposure to high west Texas temperatures. On August 3, 2020, Intermountain Slurry Seal began the process of applying the micro surfacing solution, supplied by EAE, at 22 pounds per square yard along the 96 lane mile stretch of I-10. Exit and entrance ramps throughout the project also received micro surfacing. The treatment was applied in two-mile increments, with traffic shifted to one lane during application. The fog seal, using EAE’s eFog rejuvenating fog seal emulsion, was applied on the shoulders at 0.10 gallons per square yard. Section by section, both treatments cured in less than an hour, at which time traffic was returned. The entire project was completed by September 1. The contractor did not encounter any raw material challenges during application, and TxDOT continues to be pleased with the results. There are plans for 2021 micro surfacing applications on roads where improved friction is necessary to ensure driver safety, including more in the San Angelo district.

Read about more conventional micro surfacing success stories here, and be sure to contact one of our expert team members in your area to learn how this solution can provide lasting benefits to roads in your network.