Repair and strengthen road to withstand heavy traffic without cracking, rutting and giving in under pressure.

Public Works officials in Tom Green County, Texas, discovered a cost-effective approach to strengthening their road base using an 80% water to 20% CSS-1H emulsion mixture, which can extend the service life of a road for up to 10 to 15 years. 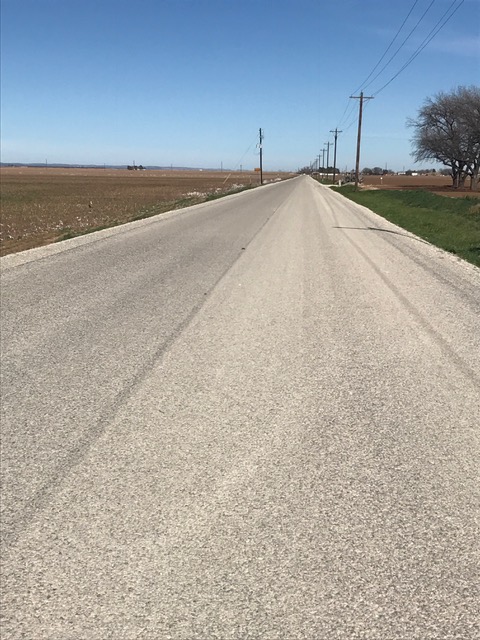 One mile of Hawk Avenue in Tom Green County, Texas, had experienced rutting due to consistently heavy farm traffic. The County needed a cost-effective solution to repair and also strengthen the road so that it would be able to withstand the heavy traffic without cracking, rutting and giving in under pressure.

The County would typically apply cement-stabilization treatments to roads with similar distress and in need of stronger road bases. An alternative to cement stabilization is full depth reclamation (FDR) with asphalt emulsion, but the County’s budget would not allow for this application. The FDR would not only have provided the strong base the County desired but also a more flexible base (thanks to the asphalt emulsion binder) that would be able to better resist distress. The flexibility characteristics of emulsions are greater than cement, and are therefore, less susceptible to longitudinal cracks, which is a common distress as cement hardens.

Cody Chambliss, Area Sales Manager for Ergon asphalt & Emulsions (Ergon A&E) became aware of the issue on Hawk Avenue and suggested the County consider adding a small percentage of CSS-1H emulsion (used in FDR applications) to the water sprayed during compaction of the base following cement stabilization. By adding CSS-1H to the water, the County would be able to achieve the benefits of a stronger base, similar to an FDR, without the full expense of such an application. This mixture would also provide flexibility not achieved with cement applications and would seal the road base, preventing moisture penetration. The County had not heard of this method prior to consulting with Ergon A&E but decided it would be worth a try.

During the application, nearly 12 inches of the existing road were pulverized. Cement was added to this material, which was then placed back into the grade. Typically, at this point, water is added for compaction. For every pass made with the maintainer, a water truck sprays the base to make sure it has the proper moisture content for maximum compaction. During this particular application, water was mixed with CSS-1H emulsion at a 4:1 ratio (80% water/20% CSS-1H) and then sprayed over the base with each pass until the road base reached the specified level. After the base course was completed, a two-course surface treatment using CRS-2 chip seal emulsion and grade 4 aggregate was applied over the base to serve as the driving surface.

The County was pleased with the outcome of this project, noting that they were impressed with how hard the base set up and the fact that the emulsion helped seal the base layer, protecting it from water penetration. They have since continued to use this method in applicable areas within their network.

Contact your local Ergon A&E salesperson to find out the best treatment and the most cost-effective method for achieving exceptional road performance.