Restoring the Road to the Chickasaw Children's Village 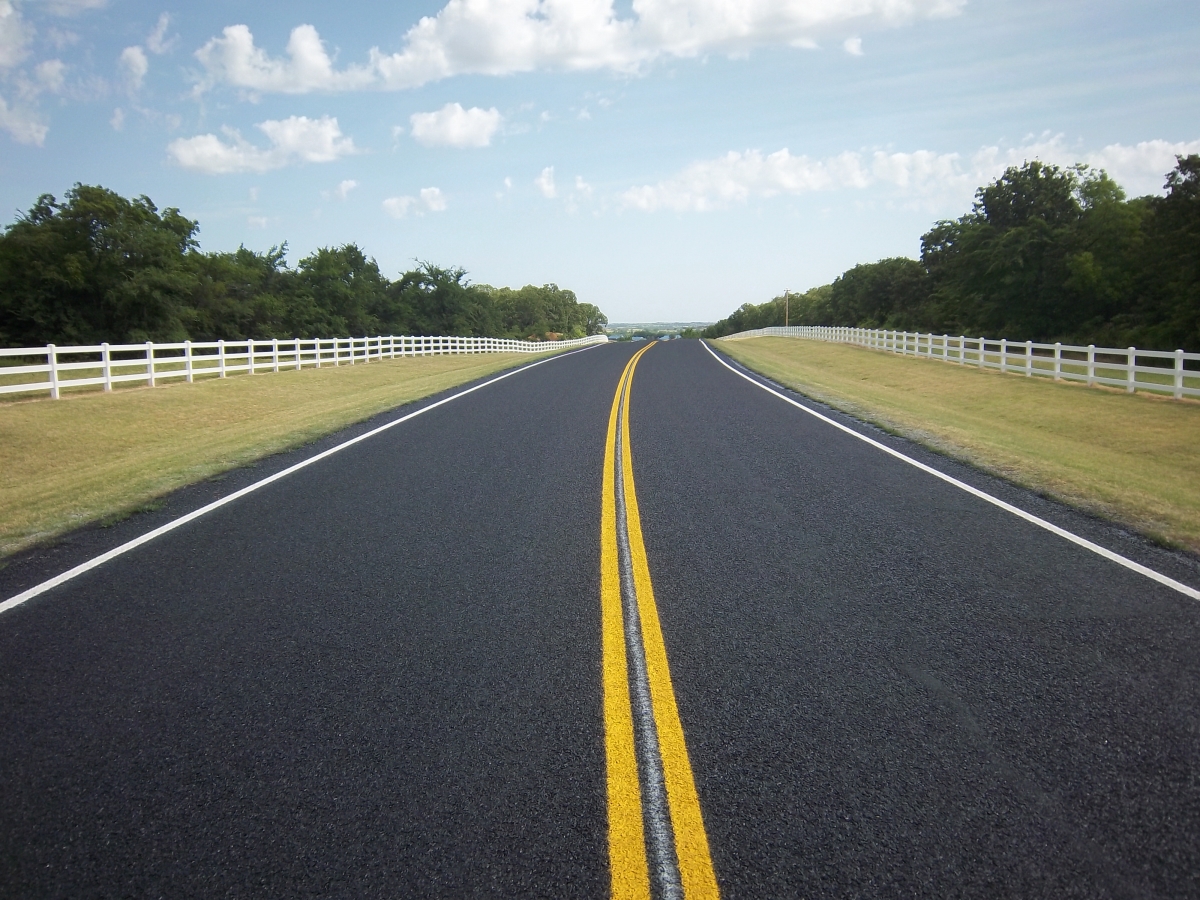 Village Road is a hot mix asphalt pavement that was constructed more than ten years ago. Used exclusively to access the Chickasaw Children’s Village, a residential and educational campus for Native American children from troubled homes, the pavement had deteriorated over time due to untreated cracking and oxidation. Faced with the prospect of resurfacing the road with hot mix asphalt for an estimated $140,000, or restoring it using pavement preservation products and techniques at a dramatically lower cost, the Chickasaw Nation chose to preserve the existing pavement. 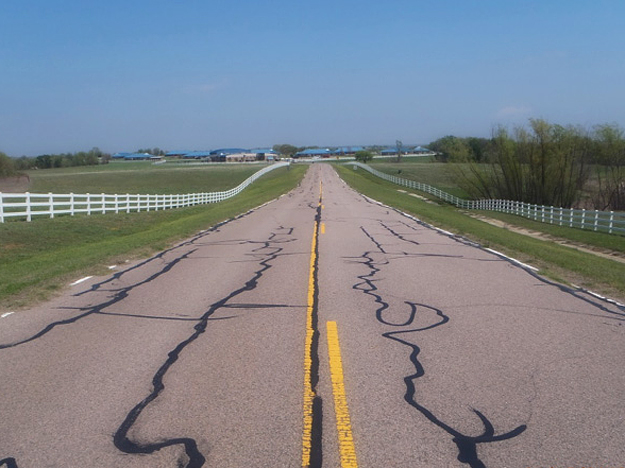 Nick Woodward, Special Projects Manager of the Chickasaw Nation Roads Department, chose to chip seal Village Road using the polymer-modified asphalt emulsion, CRS-2+. The emulsion was chosen based on the amount of traffic the road receives, as well as the Chickasaw Nation’s prior positive experiences with the product. CRS-2+ is produced at an Ergon Asphalt & Emulsions facility in Lawton, Oklahoma, and has become the Chickasaw Nation’s preferred chip sealing emulsion. A 3/8” limestone aggregate from the Dolese Quarry in Coleman, Oklahoma, was used for the project, and PSI Seal Masters, Inc. of Davis, Oklahoma, was selected as the contractor.

A calibration issue with the distributor’s onboard computer on the front end of the job caused the binder application rate to be lighter than the expected 0.4 gal/sq yd. The issue was quickly corrected, but a portion of the pavement received only 3/4 of the material needed to securely hold the aggregate to the surface of the roadway. Woodward and Roe planned to apply a heavy fog seal at 0.15 gal/sq yd to compensate for the lost binder and improve the overall aesthetics of the surface. But on the day of application, they devised a superior solution. A double fog seal would provide better coverage, last longer and look better. And by applying the product in two layers, each at 0.10 gal/sy for a total of 0.20 gal/sy, more material could be utilized while greatly reducing the risk of runoff. 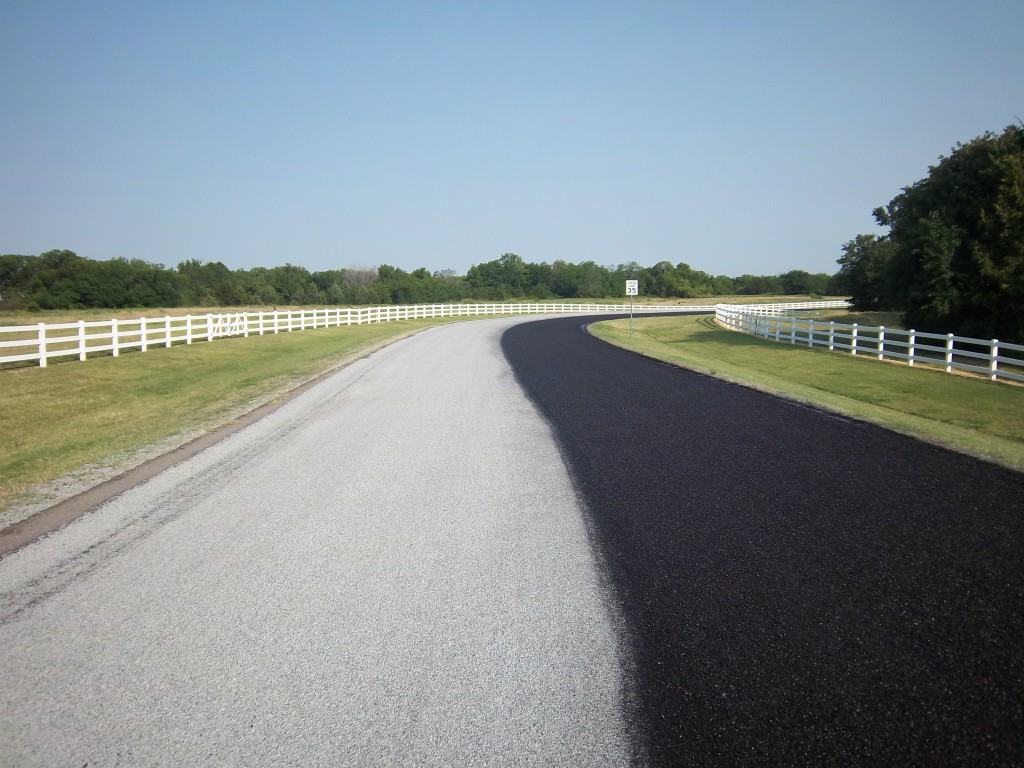 The specified fog seal was CQS-1F, an Ergon Asphalt & Emulsions product produced in Catoosa, Oklahoma. CQS-1F provides twice the residual of its regional alternative, SS-1, and gives surfaces a noticeably darker appearance. Perhaps most importantly, CQS-1F cures in under an hour, compared to anywhere from two to four hours with SS-1. These properties made it a desirable choice for the Chickasaw Village road.

PSI Seal Masters, Inc. shot the CQS-1F on one side of the mile-long road at 0.10 gal/sq yd. They then returned to their starting point and applied the fog seal to the other side of the pavement at the same rate. Weather conditions were ideal. Warm temperatures and a strong breeze allowed the fog seal to dry in approximately 20 minutes, far quicker than average. Once the material had cured, crews immediately applied a second coat at 0.10 gal/sq yd. Dry weather and the engineered fast cure times helped the material break quickly, preventing any runoff.

The double fog seal provided a dark, textured look that rivals the appearance of hot mix asphalt. But the benefits of the technique extend beyond aesthetics. The added layer also acts as a laminate for the chip seal underneath, protecting the surface from traffic and environmental elements while locking in the aggregate. 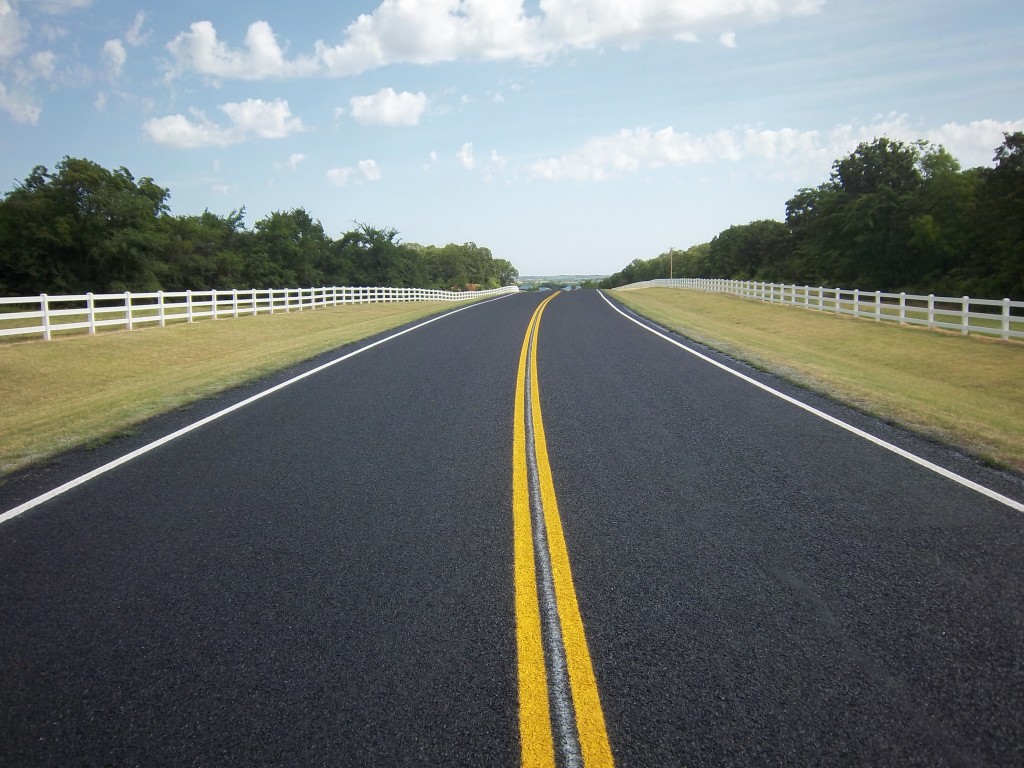 Properly crack sealing, chip sealing and fog sealing can add years of service life to a pavement. Given the extra protection afforded by the double fog seal, it’s anticipated that the Children’s Village road will last even longer than originally expected. With timely maintenance, the chip seal should have no trouble achieving a 10-13 year lifespan. And the cost to achieve those extra years is impressively low.

The Chickasaw Nation was so pleased with the results of the double fog seal at the Children’s Village that they recently used the method on another road in nearby Ada, Oklahoma. They achieved similar results on that project in both aesthetics and cure time, which was less than 45 minutes.