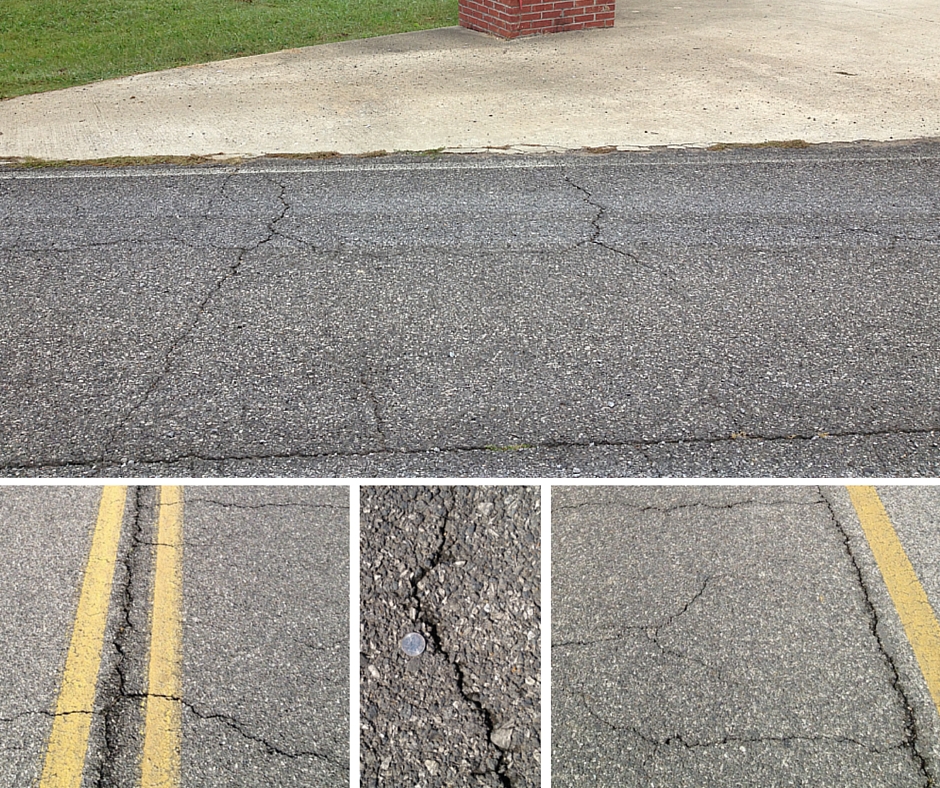 Blair Farm Road, a residential roadway in St. Clair County, Alabama, suffered severe mass cracking, including centerline joint and alligator cracking, as a result of aging and wear over time. In order to address the cracks, achieve a low-noise road, and have a brand new look and feel without incurring the expense of a full reconstruction, the county decided a triple seal would be the best solution. Use of in-house crews made this option even more cost effective.

The plan was to address the most critical distress and extend the durability and life of the roadway by sealing the extensive cracking in the first layer and placing a modified chip seal as the second layer. The third layer, a modified chip seal using a smaller aggregate, would provide the desired look for the finished surface, improve friction and significantly reduce tire noise associated with larger chips.

eScrub employs a simultaneous apply-and-scrub method where a highly polymer modified rejuvenating emulsion is dispersed evenly across the width of the distressed road surface by means of an asphalt distributor. The spray is followed immediately by a broom sled and broom heads force the emulsion into cracks, providing excellent protection against water intrusion into the roadbed. The rejuvenator in the eScrub emulsion adds life back to the old pavement and allows cracks to soften and bond properly to the emulsion.

The Transformation Begins: Move that Broom!

After preparing the surface by filling potholes and sweeping the debris, St. Clair County’s construction crew began the two-day triple seal application on the 1.8-mile Blair Farm Road. Temperatures in the mid 70s with overcast skies offered perfect weather conditions for timely completion of this project. Ergon A&E personnel, including Quattlebaum and Technical Marketing Manager Bill Evans, were on hand to offer technical assistance during the sealing process, providing advice related to the process.

Each layer of the triple seal was able to withstand moderate traffic immediately after application, with caution to drive at decelerated speeds due to the potential for damage to the seal while in the initial state of curing. Each layer cured in just one hour. After final sweeping, the roadway was returned to full speed traffic. 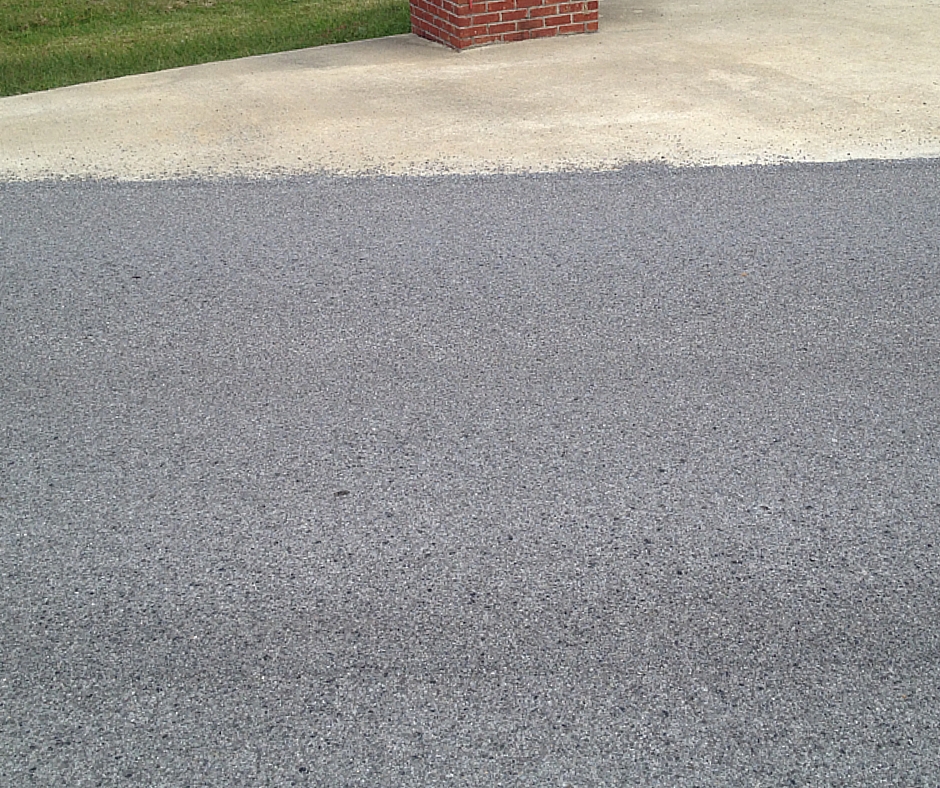 Putting eScrub to the Test

The County had exhausted their supply of eScrub toward the last 500 feet of the project. County Engineers decided to apply three layers of CRS-2P on the last section, rather than ordering more eScrub, since it was such a small area. The same aggregate spread rates were used on both sections. This side-by-side comparison offered them the opportunity to evaluate the difference in the outcome of a triple seal using eScrub versus the conventional triple seal using only CRS-2P. 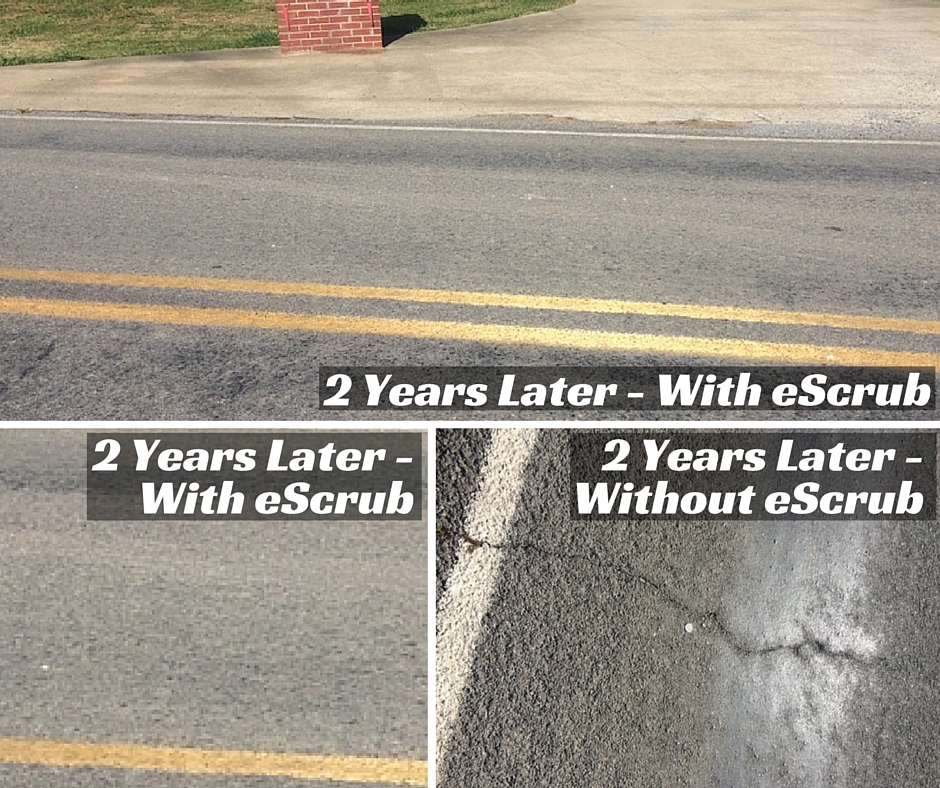 St. Clair County continues to be pleased with the overall outcome of the Blair Farm Road repair and has even placed video of the eScrub project on their website at