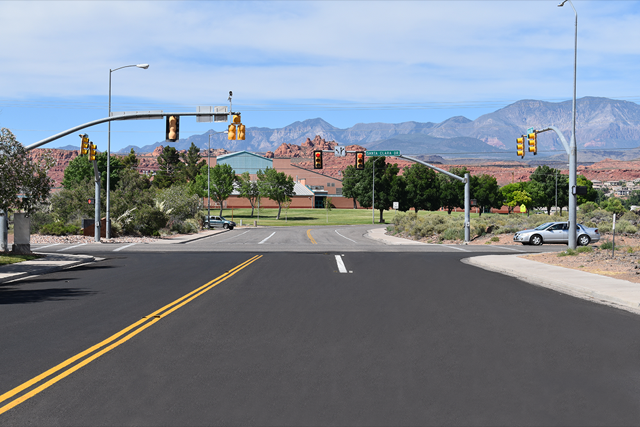 A number of roads within the City of Santa Clara, Utah’s, network were set to receive slurry seal treatments in accordance with the city’s 2017 Slurry Seal Program. Initially, latex modified slurry seal, commonly used in the West Region of the United States, was the only emulsion supplied for this project. Ergon Asphalt & Emulsions (Ergon A&E) became aware of the program and decided to pitch the idea of allotting a few roads to be treated with the new eFlex ES premium slurry seal for comparison purposes.

eFlex ES, the newest member of Ergon A&E’s e-Series family of products, was designed to offer increased durability and resistance over conventional and modified slurries.

eFlex ES can be used to correct minor distresses and extend the service life of a road for a minimum six to eight years when placed at the right time in its life cycle. A high level of polymer modification in this premium slurry seal allows it to set even faster while also providing greater protection for a longer length of time. It also provides a continually high friction surface for additional safety in rainy weather. Ergon A&E’s Greg Hunt collaborated with Scott Maybe of Intermountain Slurry Seal, the contractor for the project, to present the city with the advantages of using the product.

It was decided that four of the roads to receive a slurry seal application—Lava Flow Drive, Concord Avenue, North County Lane, and Little League Drive—would be treated with eFlex ES. It was the expectation that eFlex ES would show less power steering marks and raveling than the latex modified slurry seal. Another plus that swayed the agency’s decision to try eFlex ES was the promise of increased resistance to thermal and fatigue cracking. eFlex ES would also withstand snowplow damage during the few days a year Santa Clara receives snowfall.

Paragon Technical Services’ Mike Hemsley, Technical Director of Field Services, Mix Design and Performance Testing, performed product testing to ensure eFlex ES would work with the existing aggregate on the roads, so making the switch would not be an inconvenience to the contractors. eFlex ES was designed in order that agencies with a desire to make the switch to the premium side need only place an order, as the application equipment and other materials would remain the same. 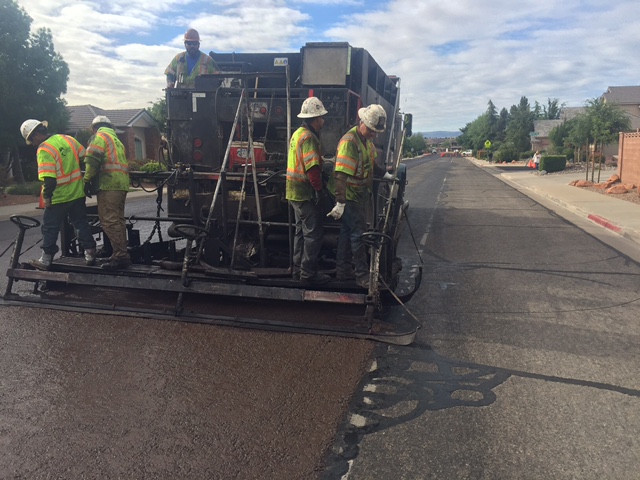 The roads to be treated all suffered from thermal and quarter-inch fatigue cracking. As recommended, all cracks ¼’’ and larger were sealed prior to the slurry seal application. In three days, eFlex ES was applied at 14 pounds per square yard to each of the four roads with a break time around five minutes, a cure time of approximately 25 minutes and a return to traffic time of three hours. The only challenge during the project was completing the handwork before the emulsion broke. The Intermountain crew adjusted accordingly and the small inconvenience is expected to be well worth the effort.

The Results Are In…

The City of Santa Clara was pleased with the overall eFlex ES application, including its fast cure and return to traffic times. Nearly four weeks after application, there was no raveling on the eFlex ES-treated roads. The city will continue to monitor the progress of the applications and compare the results.