Find a solution for multiple distresses and provide a durable wearing course for increased protection.

Rest Area, I-20 in Tuscaloosa, Alabama, Near Mile Marker 85 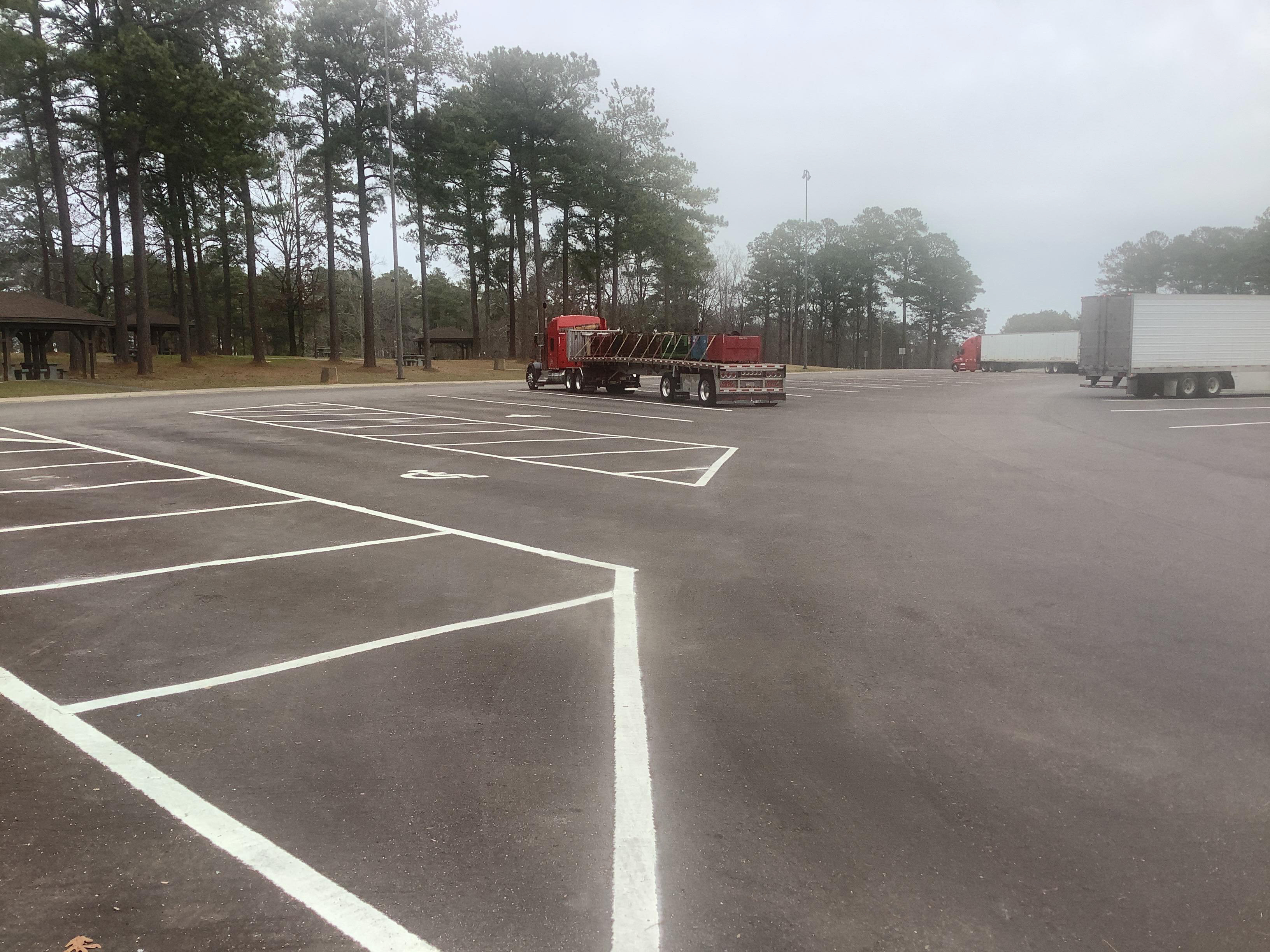 Background: The pavement on the rest area along I-20 (near Mile Marker 85) in Tuscaloosa, Alabama, was oxidized and raveling. In addition to constant passenger vehicle traffic, the area was wrought with distresses caused by the heavily- loaded semi-trucks frequently turning into and throughout the area and parking for extended periods of time. In 2016, ALDOT’s Mark Waites asked Ergon A&E reps Matt Jeffers and Anthony Quattlebaum if there was a cost-effective, long-term solution to this issue. They suggested a cape seal using Ergon’s eScrub rejuvenating scrub seal and eFlex premium micro surfacing. Cape seals involve the combination of two or more treatments that allow for increased protection of underlying road layers by preventing water intrusion and providing a durable wearing course. This would be the first cape seal treatment applied in a rest area in Alabama.

Application Highlights: In August 2019, funds were allotted for the cape seal project to begin as part of a larger project on I-20. Charles E. Watts was selected as the scrub seal contractor and Whitaker Contracting was awarded the bid for the micro surfacing application. The rest area was closed to traffic during application.

eScrub was applied as the first layer of the cape seal. eScrub’s apply-and-scrub method forces emulsion deep into voids and cracks for a long lasting seal while its rejuvenating agent revitalizes the pavement. Next came the application of the highly polymerized eFlex for a tough wearing surface able to withstand heavy passenger and utility truck traffic, resulting in less scuffing, power steering burns and raveling. Together, these treatments are expected to extend pavement life by 8 - 10 years.

eScrub was applied at a shot rate of 0.30 gallons per square yard and covered with size 89 aggregate, which was applied at an average of 19 pounds per square yard. Traffic was returned to the pavement within a few hours following this application. Nearly two weeks later, eFlex was applied over the scrub seal — to finalize the cape seal process — at 17 pounds per square yard (single lift). While the surface would accept a typical return to traffic within one hour, Whitaker Contracting decided to wait 12 hours before turning traffic onto the pavement to ensure it was ready to withstand the heavy trucks rolling in.

Results: ALDOT, Contractors and EAE were pleased with the initial results, noting excellent color and no power steering burns, raveling, pavement deformation or cracking five months after application. ALDOT will continue to monitor the area over the next few years to get a full scope of the impact of cape seals in highly trafficked rest areas.

Cost Savings: At approximately $5 per square yard for eScrub and eFlex combined, ALDOT achieved significant cost savings, spending less than they would had they applied the only other alternative — a mill and fill at $8 - $12 per square yard.

Long-Term Strategy:  Monitor the area at 1, 5, 8 and 10 years for a more complete picture of the impact of cape seal treatments in highly trafficked rest areas.