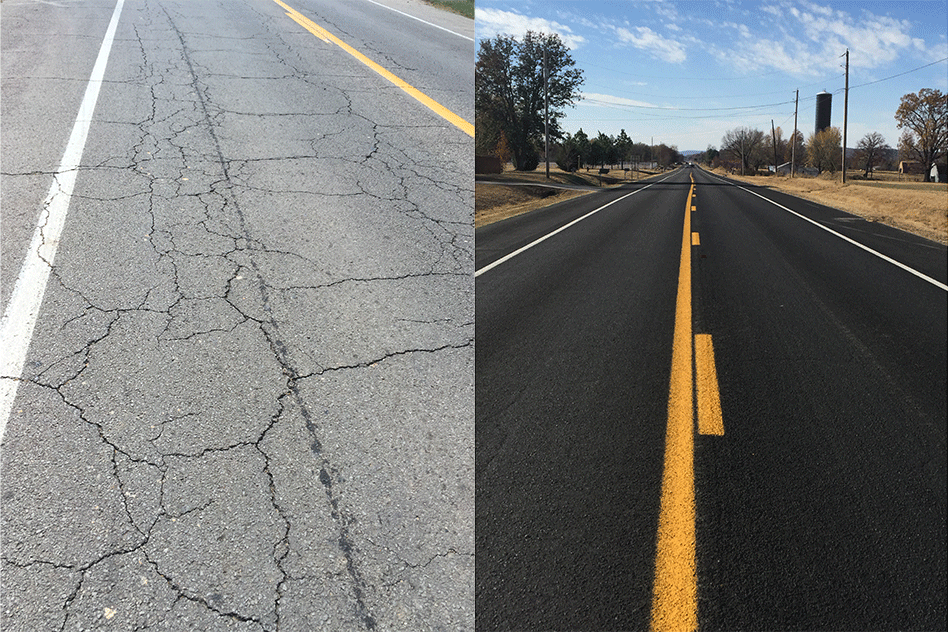 With many well-traveled thoroughfares in critical shape and in need of serious maintenance, the Arkansas Department of Transportation (ARDOT) was in need of a solution that would not drain their limited highway budget.

Sometimes, selecting a road maintenance solution based on budget restrictions can mean sacrificing some degree of life extension. But that wasn’t an option for ARDOT District 4 in 2016, when the agency embarked on a much-needed initiative to preserve many of their aging and distressed roadways. While they found success using hot rubber sealants on roads with minimal cracking, roadways with mass cracking were becoming more and more of a maintenance problem. Safety of the traveling public would soon become an issue as crack development was quickly outpacing repair crews. This prompted a diligent look at diversifying their pavement preservation strategy.

Due to the sheer volume of cracking, the department could not afford to mill and fill all of the highly cracked highways in their network. Such comprehensive solutions would simply put too much strain on budgets, schedules, crews, traffic and more. It was clear that something significant had to be done to preserve the existing roads, but mill and fill was simply not viable.

Ergon Asphalt & Emulsions (Ergon A&E) worked with ARDOT Maintenance Engineer Chad Davis to explore more effective solutions, including the pros and cons of each. One effective treatment option was a manual crack seal treatment program. While this would provide on average another three to five years of service to Arkansas’ roads, manual crack seal treatments are just that — manual.

Although manual crack sealing is cost effective for projects with a relatively low percentage of cracks, this method wouldn’t be optimal for successfully treating mass cracking. Both cost and estimated completion times would increase as the percentage of cracks increased, and some projects would not be feasible at all. ARDOT needed a solution that was less costly and timelier.

The answer came in the form of Ergon A&E’s innovative eScrub rejuvenating scrub seal and high-performance fog seal solutions. eScrub employs a simultaneous apply-and-scrub method to quickly address mass cracking in asphalt pavements. At an industry average of 25% of the cost for a mill and fill, eScrub is among the most cost-efficient solutions for repairing pavements exhibiting medium- to high-density fatigue or block cracking, loss of friction, oxidation and raveling.

Ergon’s high-performance fog seal is suitable for application on many surfaces, including chip seal and scrub seal treatments. The quick-breaking, trackless fog seal helps lock down aggregate, improving chip retention; it enhances new stripe visibility for safety; and it extends the expected service life of the chip/scrub treatment by two to four years. Once the fog seal has cured, traffic can usually return to the pavement within 1 1/2 hours. 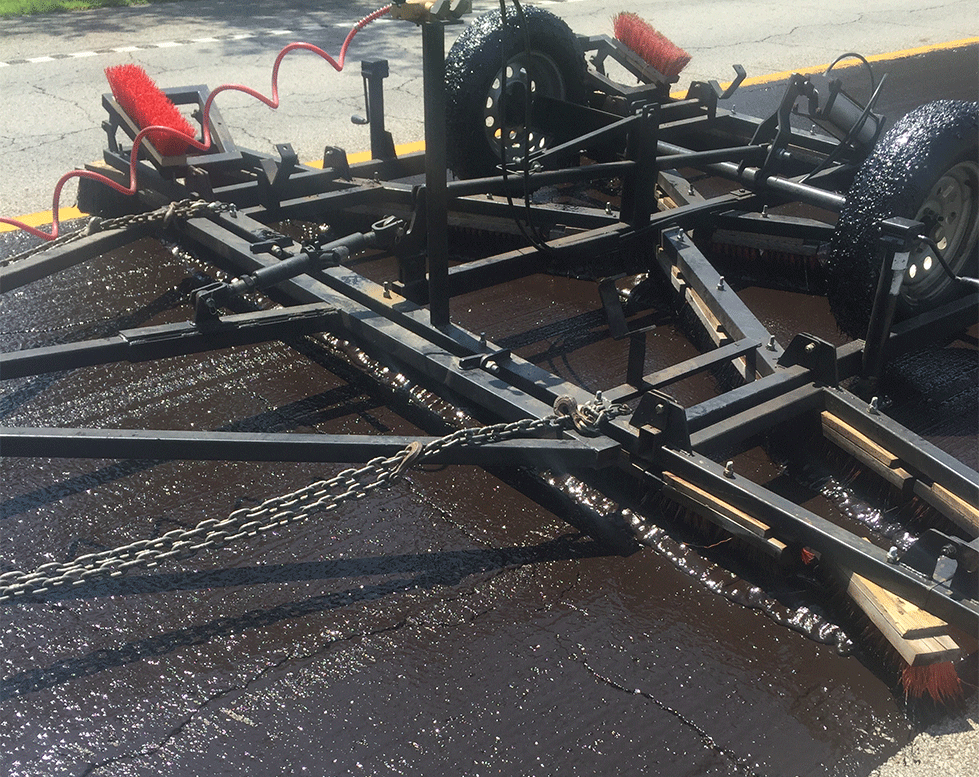 To test the efficacy of the new strategy, ARDOT District 4 crews scrubbed and fogged a 3.5-mile stretch of Highway 162 in Crawford County. eScrub was originally specified for a shot rate of 0.26 gallons per square yard; however, ARDOT made on-site shot rate adjustments in some sections, as necessary. “It’s not uncommon to make these kinds of adjustments on site,” said Ergon’s Darryl Gardner. “It’s simply best practice and shows that you are really paying attention to changes in the pavement condition during application.” Class 4 mineral aggregate (a mixture of aggregates less than 3/8 inch in diameter) was the specified aggregate type for this project.

Traffic was allowed back on the road immediately following the eScrub application, which is typical. ARDOT applied the fog seal a week later at a specified rate of 0.10 gallons per square yard, with adjustments as needed.

Thanks to the overall ease of application and fast ready times of these treatments, the project was completed in just two weeks — significantly less time than it would have taken to complete manual crack sealing on this same highway.

This fast application saved ARDOT a great deal of man-hours and allowed traffic to return far sooner than anticipated. After this 2016 combination treatment, the pavement condition increased from the point of needing to be replaced to a maintenance level. New cracks in the area treated along Highway 162 have remained minimal over the past four years.

This was the first main line scrub seal project for ARDOT District 4. They have since applied more than 88 lane miles of scrub seal and have fog sealed approximately 50-60 lane miles in the last three years.

Arkansas’ highways can be tough to maintain, but scrub seal and fog seal solutions have given these highways an extra five to seven years of service life. They have helped ARDOT move towards better roadway conditions across their network, while helping to ensure the safety of drivers and road maintenance crews.